How Augmented Reality can radically change the life of a small business, even in the south it is possible.

How Augmented Reality can radically change the life of a small business, even in the south it is possible, to develop new business models based on the most advanced technologies, to sell better by involving the customer. Any type of company can become “hi-tech”. Also a hardware store.

The story of Hevolus, the innovative SME of Molfetta, province of Bari, chosen by Microsoft as the international testimonial for Hololens2, the solution to immerse yourself in augmented reality, and as the only company in the South between, begins among knobs, handles and tools for wood craftsmen the 20 partners of the multinational’s 1.5 billion investment plan in Italy. What does Hevolus do? It designs shopping experiences with augmented reality technologies allowing to virtualize shops, showrooms or even craft shops. A job that is becoming strategic in the era of social distancing. “When we confront the multinationals we understand that we are small but not trivial,” says with satisfaction Antonella, who is the reference shareholder and CEO of Hevolus, a convinced but enthusiastic administrativist: “I am holding, but I am not holding back”. To contain there is Antonio Squeo, whom she defines as the ‘mind’ of evolution, the chief innovation officer, “who likes to fly high”.

It is precisely by flying high that Hettik, the old name of the company, has become Hevolus. “Should we sell the handles? We invented door models to show customers how they stood on their doorsteps, “he recalls. From handles to kitchen furniture with the same idea: in 2010 Squeo invented the cinebox, a room with a large screen where the customer could see what he had ordered, the rendering of the kitchen in computer graphics. The turning point came in 2015, when the solution was discovered by Wurth, a German multinational world leader in the hardware sector, who adopted it, installing 300 cineboxes in Italy, and then bought it.

Today Hevolus has become an innovation laboratory where about 30 people, half of them women, work to develop new business models based on the most advanced technologies. A new generation software house now focused on augmented reality, which allows to give new forms to the idea that was the basis of the cinebox ten years ago: to sell better by involving the customer. “It is as if a second company was born in July 2019,” says La Notte, “when, the only Italians, we obtained the recognition of Microsoft’s international partner for mixed reality”.

Squeo is an overwhelming narrator of Hevolus’ present and future projects. The first was the virtual shop for Natuzzi, an Apulian furniture company which also launched a challenge: how to contain an exhibition of 10 thousand square meters in a pop store of 40? Hevolus has created the augmented store. “The salesman lets him touch the skin, the fabric with his hand, the customer smells, then sees all the sofas he wants in a holographic version and arranged in the living room. I like to talk about phygital, because the physical only as well as the virtual whole don’t work ”.

The Natuzzi inaugural store in March won the world retail Oscar, it is already open in London and New York, it will soon be replicated in other European capitals but it has already … evolved. “In Natuzzi stores the seller uses a Holones2, the customer instead uses a smartphone or tablet. The holographic viewer can still create embarrassment or rejection and we like simple and positive experiences. This element distinguished the product but it was also what allowed us to develop it when the coronavirus pandemic broke out “. Everything happens online, so it can also work remotely. Thus was born the augmented store at home: the customer enters the store from home. “It’s another experience compared to e-commerce,” says Squeo. “You move in a space, seeing the products, being able to touch them albeit digitally to know their characteristics, you can even talk to the clerk, who is not an artificial intelligence, but the avatar of a meat sales assistant and bones “.

Hevolus is working on augmented stores and showrooms for some fashion houses. But he has already applied technology beyond retail. With the historical partner Wurth he launched smart working for craftsmen. “A plumber, for example, sends a link to the customer who clicks it allowing him to virtually enter the house and carry out the remote repair”.

With all these innovations, Hevolus has important growth forecasts – the 5 million turnover is expected to become 50 in the next three years – which could soon attract important investors. “Now we need finance and need more staff,” says La Notte, who defines himself as a “breeder of purebred horses, always looking for young talents to grow: super skilled people who can do a lot and well”. Hevolus is an SME but somehow also a startup, engaged in a market destined for powerful growth: the digital relationship with customers, in retail and beyond, which has proved to be strategic in the coronavirus emergency. “Welcome to a different world. All this was not there before “is the motto of Hevolus, recalls Squeo. And La Notte concludes: “I always say: any type of company can become hi-tech”. Also a hardware store.

You can find out more about which cookies we are using or switch them off in settings.

This website uses cookies so that we can provide you with the best user experience possible. Cookie information is stored in your browser and performs functions such as recognising you when you return to our website and helping our team to understand which sections of the website you find most interesting and useful.

Strictly Necessary Cookie should be enabled at all times so that we can save your preferences for cookie settings.

If you disable this cookie, we will not be able to save your preferences. This means that every time you visit this website you will need to enable or disable cookies again. 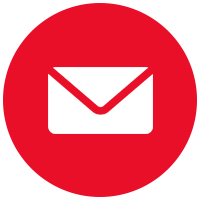